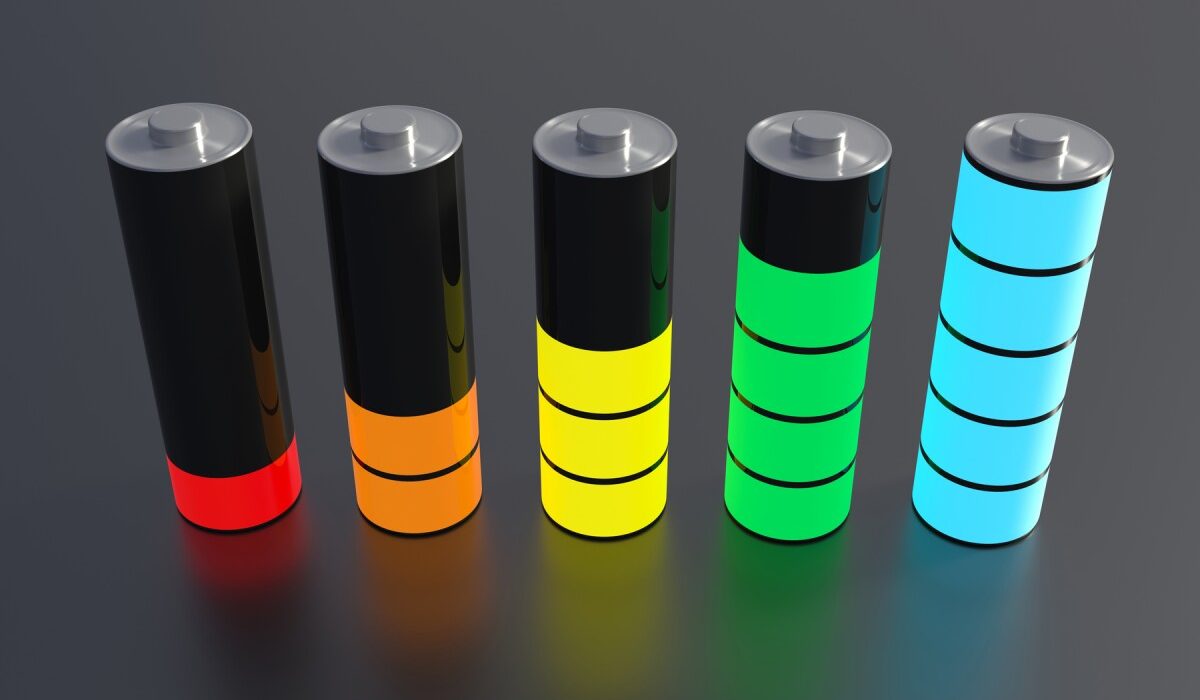 There are many companies in India that produce lithium-ion batteries, but who are the best? Here are a few names to consider: Amara Raja Batteries, Exide, and Luminous Power Technologies. Read on to learn more about these companies. You may also be interested in learning more about the state-of-the-art technology being developed by these companies, or more information about the best battery manufacturers in the world which article was written by Smartpropel.

Two leading battery manufacturers in India, Exide, and Amara Raja Batteries have recently announced plans to produce lithium-ion cells. Exide, established in 1956, is a market leader in the lead-acid battery market, accounting for 60 percent of the country’s auto-battery sales. Both companies are backed by a market capitalization of $2 billion, but Amara Raja has significantly higher sales.

Amara Raja Batteries have announced plans to invest USD 1 billion over the next five years. The investment will be spread over organic and inorganic growth strategies. The company will concentrate on new-age energy storage systems and Lithium-ion Technology, in addition to market trends. The company recently named Harshavardhana Gourineni as Executive Director and Vikramaditya Gourineni as President and CEO.

Amara Raja Batteries Limited is India’s second-largest battery manufacturer, after Exide Industries. The company will also establish a lithium-ion technology hub at its factory in Tirupati, Andhra Pradesh. This will be the first private sector lithium-ion cell manufacturing facility. The company has also signed a technology transfer agreement with the Indian Space Research Organisation (ISRO).

The Exide company has seven manufacturing plants in India, located in Maharashtra, West Bengal, Tamil Nadu, Uttarakhand, and Gujarat. It is the only manufacturer of submarine batteries in India. Its products are used by both Indian and international customers. In India, the company exports batteries to over 50 countries. Exide is a major supplier of batteries to the Indian Navy. The Indian market is the world’s second-largest battery market.

As part of the JV, the two companies will share intellectual property and know-how related to lithium-ion cells, battery modules, and battery management systems. The JV will be operational in Q2 2019, and the lithium-ion cell manufacturing plant is scheduled to begin production in mid-2020. The company will source cells from the Leclanche plant in Willstatt, Germany. This will result in a more efficient and reliable battery.

The company plans to invest a total of Rs 18 billion in the development of its manufacturing facility. The company has already partnered with automotive electrical component maker Lucas TVS and lithium-ion battery technology company 24M Technologies, based in Cambridge, Mass. The company intends to set up a Giga plant near Chennai, with the first plant expected to start commercial production in 2023. It has been noted that the new design of its cells makes manufacturing them much more efficient and eliminates the danger of metal contamination and other hazards related to conventional lithium-ion cells.

Luminous Power Technologies, a leading battery manufacturer in India, was established in 1988. The company has an impressive presence across the world and has eight manufacturing units, including one in China. In addition to batteries, the company also offers solutions for home and commercial electrical systems, solar energy, and LED lighting. Luminous has also expanded into alternative energy and renewable energy solutions. To date, it has over 3200 channel partners and almost 3000 employees.

Lithium-ion batteries are used for a variety of applications, from power storage and inverters to automobiles and laptops. The company’s technology is based on a breakthrough in lithium chemistry. The company is also in talks with Ambri, a US-based company that specializes in liquid metal batteries. Ola has plans to manufacture 15 percent of the world’s e-scooters by mid-2022, and Adani is developing multi-billion-dollar battery plants in India.

Luminous’s lithium-ion batteries are highly efficient and long-lasting. They also come with a five-year warranty, free installation service, and 0% EMI from HDFC Bank. In addition, Luminous’s battery technology is also affordable, and the company plans to sell its products in tier one and metro locations in India. The company plans to use its existing sales network of over 35000 distributors to spread its brand nationwide and tap into the Indian market.

In an effort to develop the technology required to make batteries, ISRO, the Indian space agency, has named 10 companies out of 141 that have applied for tech licences. The companies will be helped in setting up manufacturing units and training their staff. The technology for lithium-ion batteries was originally developed for satellites and launch vehicles. Though the companies have been tasked with developing the technology, few have started commercial production yet. Amara Raja is the first company to set up a development center.

The company has repositioned itself as a mobility and energy company. Its new focus will be on developing battery technology and expanding the company’s portfolio. The board has urged the company to invest in a range of businesses. The company’s Founder and Vice Chairman, Ramachandra Galla, has decided to retire and not seek re-appointment.

The company’s board of directors recently approved the setting up of a multi-gigawatt facility in India. The details of the plant, including the size and location, will be made public once the project is finalized. Exide has seven international standard factories, two captive lead smelting units and two UPS manufacturing plants. The company’s global presence is aided by its subsidiaries.

In addition to battery manufacturing, the company is focusing on e-transport. The company plans to set up a multi-GW battery manufacturing plant in India, and is seeking production-related incentives from the government to support the project. Exide has also applied for a project to establish a nationwide advanced chemical battery energy storage facility. These developments will provide a major boost to the Indian lithium-ion battery industry.

Loom Solar is a start-up in the field of SolarTech, one of the many companies under the Start-Up India initiative. It is a leading mono panel manufacturer and plans to enter the USD 2B Lithium-Ion battery market in India by the calendar year 2022. As a lithium battery manufacturer in Mumbai, Loom is one of the fastest-growing companies in the industry.

The company has also seen a surge in demand for its Shark bifacial solar panels, which are known for their efficiency and the latest technology. They use sixth-generation mono PERC solar cells from Germany and can provide power outputs between 440W and 530W. They are able to generate up to three hundred watts of power per unit of solar energy and can also be used to run an Inverter AC up to 1.5 tons. They are also eco-friendly, as Loom Solar estimates that their products will reduce the carbon footprint by three thousand and thirty-two thousand tonnes over their 25-year lifespan.

Founded in 2000, Euclion Energy is one of the leading manufacturers of Lithium Batteries in India. Its range of battery packs encompasses all 7 chemistries, including Lithium-Ion. The company also offers Custom Battery Packs and Lithium Iron Phosphate Batteries, using cutting-edge machinery to produce these advanced batteries. Its goal is to become India’s first lithium-ion cell manufacturer by 2020.

The company is located in Mumbai, India, and produces high-quality Lithium-Ion Batteries. Its battery packs are designed and manufactured using modern technology and excellent materials. They are widely used in various portable electronics. Their team of professionals pays special attention to the latest developments in the field of lithium battery production and technology. The company produces a variety of Lithium-Ion and Nickel Cadmium battery packs, as well as a smart battery pack. 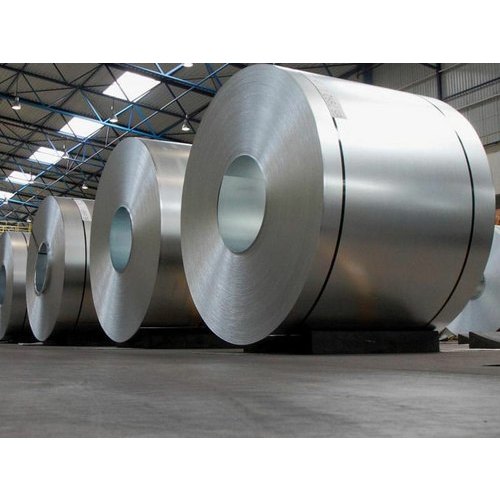 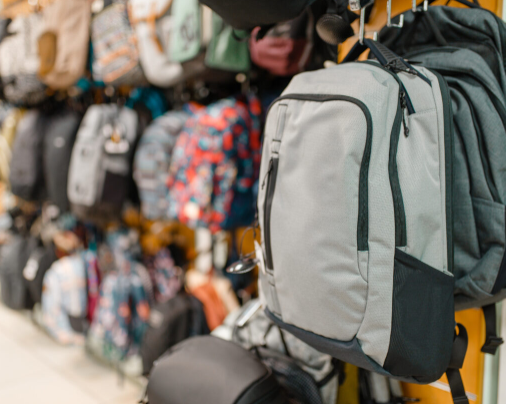 What Is the Best Backpack Manufacturer Preferred by American Businessmen?